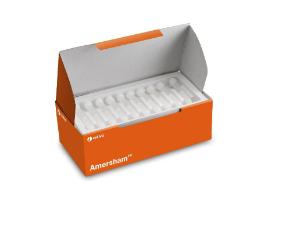 
They are ready for immediate use, and operate by gravity flow. Tests show that at least 97% of radioactivity applied in a nick-translated mixture elutes in two well-separated peaks, corresponding to labeled DNA and unincorporated nucleotides, respectively. At least 90% of the applied DNA is recovered.